Foundations of Long-Term Success (as published in Hotel Management, March ’19)

“People are the product in the hospitality industry.” This simple principle implies that talent pipeline and continuity of bench strength are critical drivers of business success. If your company’s goal is to identify those who will deliver the strongest return on investment, the sad fact is that you likely are screening applicants or appraising incumbents based on incomplete or misguided performance characteristics. Simply put, most organizations manage talent up and down the organizational chart using metrics tied to short-term or tactical views of performance versus a strategic one.

Academic research and real-world HR practices alike traditionally emphasize task performance, which reflects the technical core of specific jobs, such as software expertise, menu knowledge or compliance with safety and sanitation standards. Domain knowledge is important, but it has limited utility, primarily because the focus is on a narrow (i.e., job-specific) set of tasks and responsibilities. Evaluations based on task competencies alone are tactically oriented and good when “hiring people for today.” However, this approach is ineffective for identifying highly adaptable employees who are best at learning new information, growing with increased role demands and succeeding across different departments, geographies or platforms. “Future-casting” is how we describe this more strategic philosophy of “hiring people for tomorrow.”

AETHOS Consulting Group recently collaborated with Cornell University researchers to investigate characteristics that define individuals who are ripe for future-casting in hospitality settings. Instead of task performance, this study validated the modern concept of contextual performance, which refers to a set of knowledge, skills and attitudes that are relevant across a wide array of roles and settings. For example, the ability to effectively use a point-of-sale system is an example of a task-specific performance dimension because it may be essential for restaurant servers but unnecessary for restaurant cooks. However, teamwork and related behaviours arguably are important to effective job performance for servers and cooks, and many other jobs up and down the org chart, regardless of function-specific tasks. The AETHOS–Cornell study found that there was only one factor (i.e., a single characteristic) that encompassed what previously was thought to be three distinct facets of contextual performance:

In other words, the three “mini behaviours” above are merely different expressions of just one overarching behaviour that we call the “Hospitality X-Factor.” The study further discovered that this concept is defined by a highly stable (reliability = 0.89, p < 0.001) set of 13 performance attitudes and behaviours, which also are statistically robust regardless of employees’ age and sex. These 13 characteristics can easily be grasped and appreciated when presented as a “word cloud,” which shows the relative importance of each characteristic depicted by text size: the larger the text, the more important the attitude or behaviour. 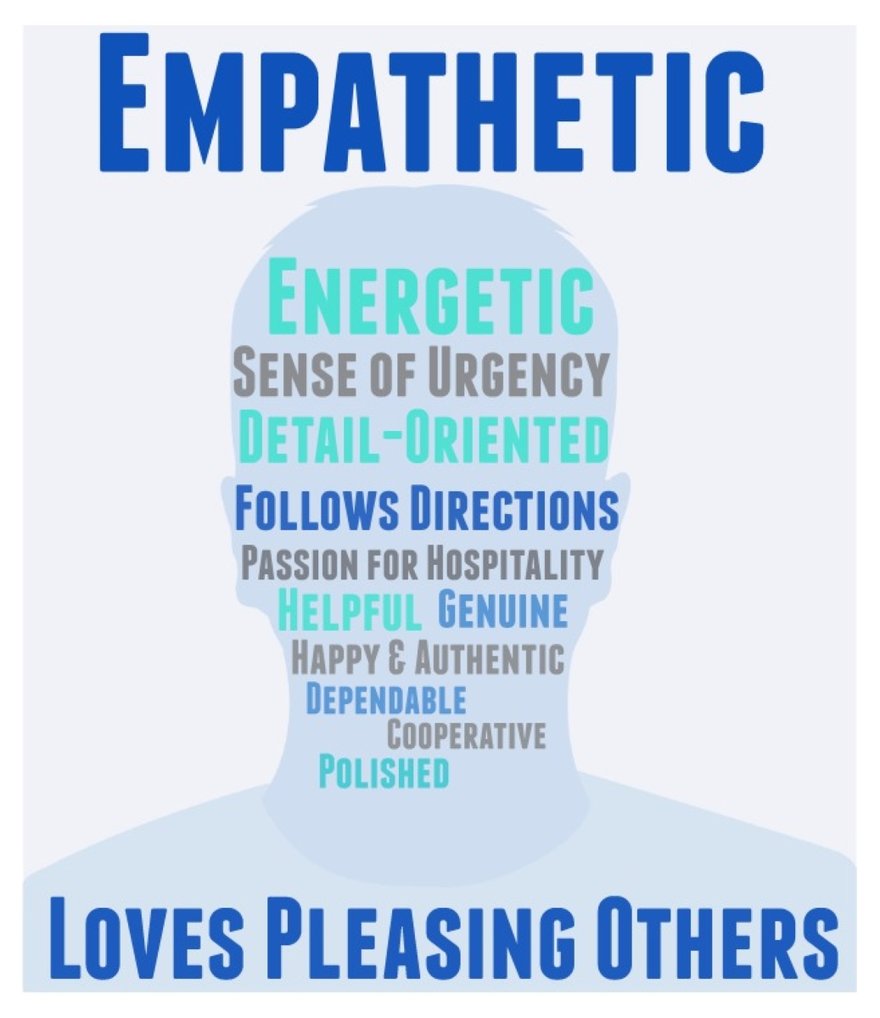 These research results are not some hypothetical mumbo jumbo—they have rather dramatic and real-world implications, as presented at the 2017 Cornell Hospitality Research Summit. Particularly, the study established that individuals who scored higher on the newly discovered scale for the Hospitality X-Factor also received statistically higher ratings by their supervisors on their overall job performance (r = 0.81, p < 0.001). There also were some tantalizing implications for millennial workers, who have a reputation in pop culture for having a passive work ethic. Contrary to such beliefs, the AETHOS–Cornell study found that, even for younger employees, higher scores on the “Hospitality X-Factor” scale predicted solution-driven behaviours, including “accepting feedback with an open mind, taking on additional responsibilities and persisting in overcoming obstacles to complete their tasks.”

Adaptability and a solution mindset both are inherent to high levels of the X-Factor and allow these employees to be leveraged in many constructive ways by companies over time because these individuals tend to slide more readily and effectively into different roles and geographies, as well as functional settings that are becoming more fluid or dynamic, such as increased telecommuting, temporary office spaces or reliance on mobile technologies.

In short, high X-Factor employees legitimately possess a widely transferrable skill set. Retaining such talent is akin to an “HR annuity” and it pays dividends in promoting productivity and ongoing bench strength in succession plans. The lesson is simple and straightforward—strive to hire and promote people who have a strong capacity for contextual performance, not just domain knowledge. Your service standards, guest satisfaction ratings and net promoter scores should increase in accordance with X Factor levels in your employees … up and down the organizational chart.