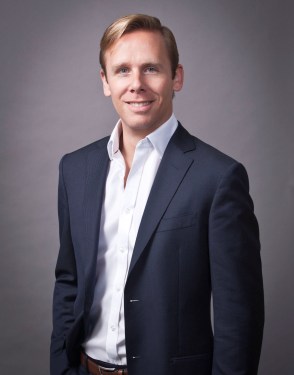 The world has just bid adieu to the Olympics, and London 2012 is now counting down to the Paralympic Games. Every street corner is bursting with Olympic spirit and the Games remain the talk of the town. Given the excitement that surrounds us at the moment, I had to stop and consider the Olympic Creed that has guided the modern Games for more than a century:

Along with the Games’ Motto – higher, faster, stronger – the Creed is about fairness, inspiration and motivation, to be the best one can be. I can’t help but make comparisons between this idea and the industry I work in. The medal-winning athletes from the Olympic Games have dedicated their lives to enhancing their natural abilities, identifying their weaknesses and training to overcome them, studying the competition and best practices, and surrounding themselves with the best mentors and coaches. All of which are parallel to the work ethic and strategies of today’s top-performing hospitality executives. I think back to a series of interviews we conducted with the world’s leading hotel CEOs and wonder which specific personality traits got them to where they are today. And, if there was an Olympics-equivalent for the World’s Best CEO what would be the skill set that is celebrated the most? In the 100mt race of that challenge, which performance characteristics will bolt (pun intended) to the finish line?

Over the past two decades AETHOS consultants have interviewed and assessed exceptional talent from the global hospitality industry. Using our proprietary assessment tool 20|20 Skills™ we ran an analysis of over 420 hospitality leaders (CEOs, Managing Directors, Regional Vice Presidents) from around the world and created an aggregate profile of their predominant skills and character traits.1

The results of our analysis is presented as an overview of the skill sets, behaviours, abilities and character traits that we are highly likely to find in a leader of a hospitality organisation; and characteristics which are thus highly likely to be sought after in a successor. See graph below.

The results are rather encouraging and just like in the medal ceremony for a sprint relay, for example, the podium is rather crowded. There are a fair number of proven performance characteristics staking their claim for Gold, Silver and Bronze. The survey has shown that, rather than being experts in a single, rigid discipline, the executives at the helm of global hotel companies are “Olympians” across a variety of disciplines.

The Olympic Games are an athlete’s shining moment; a career highlight representing a snapshot in their lives at which they have proven to be ‘top of the class’ in their own discipline.

The hospitality leaders we included in the survey received the highest scores in the areas of Leadership and Group Process (85 out of a possible 100 points for both). “Leadership” refers to the set of attitudes and behaviours that reflect an executive’s capacity to embrace a company’s vision, formulate actions and goals, and further this vision. It also reflects an ability to articulate the company vision so that others are inspired to follow. The dimension of “Group Process” relates to the set of attitudes and behaviours that foster a collaborative work environment and are characteristic of executives with high-morale and a commitment to tasks and goals.

The survey revealed that the leader of a hotel company is a charismatic motivator who promotes professional growth in others. They keep the team focused on set goals and tasks, are excellent communicators and adept at conflict management and setting responsibilities. In other words, the CEOs are individuals who act as catalysts or facilitators. They consider themselves an integral part of the team and enjoy their responsibility to inspire and direct employees and the organisation. They have a tendency to be concerned with group maintenance; i.e. they are concerned about workload, for example, and aim to set realistic goals.

More importantly perhaps, the survey suggests that the CEOs understand their own limitations and are actually not prone to political posturing – success comes by getting the commitment and support from the team. Being accessible to the team, giving credit where it is deserved, providing training and coaching opportunities and promoting responsibility are therefore priorities of a typical CEO.

The important thing is not to win, but to take part”, Pierre de Coubertin (Founder of the International Olympic Committee and the Olympic Games of the modern era).

The next highest scoring performance characteristics are those of Sense of Humour and Creativity (84 out of 100 possible points for both). “Sense of Humour” refers to the attitudes and behaviours that concern the ability of an individual to use a positive and appropriate mental attitude to build interpersonal rapport and defuse conflict. Combined with above-average scores on “Creativity”, the findings indicate that the typical CEO is not self-absorbed; s/he is pragmatic and actively contributes to employee moral.

It appears that today’s CEOs excel at social interaction and have multi-tasking down to an art form. Coupled with an inquisitive and contemplative nature, they have a realistic outlook and are rather unlikely to be ‘sensation seekers’ that focus on short-term satisfaction and quick fixes. They strive for excellence, are results-driven, and derive satisfaction from solving problems.

and Creativity (84 out of 100 possible points for both). “Sense of Humour” refers to the attitudes and behaviours that concern the ability of an individual to use a positive and appropriate mental attitude to build interpersonal rapport and defuse conflict. Combined with above-average scores on “Creativity”, the findings indicate that the typical CEO is not self-absorbed; s/he is pragmatic and actively contributes to employee moral.

It appears that today’s CEOs excel at social interaction and have multi-tasking down to an art form. Coupled with an inquisitive and contemplative nature, they have a realistic outlook and are rather unlikely to be ‘sensation seekers’ that focus on short-term satisfaction and quick fixes. They strive for excellence, are results-driven, and derive satisfaction from solving problems.

The Olympic spirit teaches you to believe in your own abilities and skills – only if you do will you find the strength to succeed, triumph over your fears and overcome defeat.

The next highest scores were for Self Efficacy, Ethical Awareness and Service Orientation (83 out of a possible 100 points for each). “Self Efficacy” relates to the attitudes and behaviours that form the foundation of self-motivation, self-esteem and emotional intelligence, which lead to personal confidence and competence across interpersonal and business situations. Our analysis revealed that hotel CEOs are very much in charge of their own destiny. They feel motivated at work and assume responsibility for success and failure. They also have a realistic view of themselves and where they stand in life. At the same time, they have a strong understanding for nuances and do therefore have an ability to identify opportunities. They also appear to act according to their conscience and have a strong propensity to put in the extra hours in order to get things done.

The dimension of “Ethical Awareness” refers to someone’s attitudes and behaviour that reflect a public expression of integrity and a consistent set of guiding principals – in other words, does this person see things only in black and white or are there grey areas? ‘Service Orientation’ functions as an indicator of the individual’s attitudes and behaviours that affect the quality of their interaction, and whether they are willing to go the extra mile. The scores show that the CEOs do not jump to conclusions too quickly, and listen (partially at least) to their gut instinct – they aim to integrate and align their personal and professional values and show a strong propensity to empathize with co-workers. Given such high scores in “Service Orientation”, it is also not surprising that CEOs are actually rather approachable.

Reviewing these characteristics should reassure us that we have the right people in leadership positions; which at times, just like certain aspects of the Olympic trials, can be more subjective than objective. Granted, the aggregate profile of a CEO is nothing more and nothing less than an attempt to combine all the behaviours and character traits into one stereotypical CEO. It may iron out certain weaknesses and some leaders may fall above or below the average – but it is encouraging to see that the representative profile indicates such high scores across the board.

The AETHOS Chief Executive profile suggests that the industry’s leaders have a high emotional intelligence coupled with above-average task-orientation; they are self-motivators, team players and excellent at building rapport. At the same time, they have generally an optimistic view and healthy appetite to explore the unknown. They believe in their ability to positively influence outcomes and have an innate nature to deal with change. Such profiles typically enjoy a challenge and are highly task-orientated.

They are also not satisfied with just a “good” performance and strive to be the best, value the competitive spirit and want to reach for the stars. To do so, they rely on their strong personal skills to get the support from their staff. Their innate ability to deal with others is hereby extremely helpful; so is their non-dogmatic approach, their reliability and concern about perceived and actual fairness.

What one might argue then is that the hotel CEOs are heptathletes in their own right – talented across a spectrum of domains, they set themselves apart by beating the competition in seven key areas as described above. In our experience as human capital advisers we find that it is specifically these skills that distinguishes a successful leader.

We therefore approve of the fact that the hospitality industry has stuck to what it knows best. It is the people that make the difference and the emotional intelligence that sets a leader apart from other equally knowledgeable but less socially adept individuals.

There are wise sayings stating that “only if you do know your strengths can you succeed” and “only if you know what you are looking for can you find it” – let’s hope that today’s leaders are as wise in their succession planning as they appear to be in running their business.