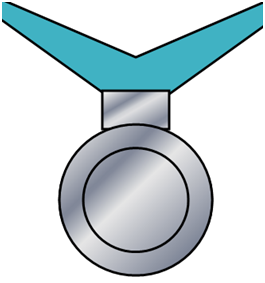 Casino Journal and AETHOS Consulting Group have been evaluating corporate governance practices for over a decade. This annual study closely examines board makeup, independence, committee structure and executive pay-for-performance in determining a governance score for each company. In addition to past surveys, this year’s study considers the importance of diversity at the board level. In doing so, we added five points to the total possible score of 45.

MGM RISES TO THE TOP

MGM Resorts took the top spot in this year’s study, moving up from third place for the prior year and eighth place the year before that. We were impressed that MGM had a section of their proxy related to board diversity and their rationale for board composition. In fact, MGM was the only company to do so. MGM Resorts emerges as the leader and takes first place in this year’s analysis setting a new standard for excellence in corporate governance practices. We applaud James Murren and the entire MGM board of directors for their diligence in corporate governance.

Pinnacle Entertainment also had a strong move in governance standards, rising to second place from ninth in the prior year. Other companies appearing in the study’s top five rankings include Ameristar Casinos (3rd), Multimedia Games (4th), and MTR Gaming & Nevada Gold & Casinos (tied for 5th).

View complete findings of the survey and the philosophy behind the allocation of points here. The governance ranking explored the following five areas of corporate governance:

The examination of chairmanship in gaming demonstrates that two-thirds of companies continue to have a chairman who is not considered “independent.”  In one-third of these companies, the role of lead director has been assigned to a completely independent board member. A step in the right direction, but we would like to see a complete separation of Chairman and CEO responsibilities.

Half of the companies had boards comprised of an odd number of directors between five and 11, a range that experts consider to be optimal. This percentage was unchanged over last year, although we anticipate an improvement in this area in 2014 based on several companies such as Carnival, decreasing their board size. Other aspects of board make-up include the number of truly independent vs. insider members (half the companies had boards comprised of 25% or fewer insiders) and length of term (just over half of the companies put the entire board up for reelection elect annually vs. staggering elections).

As previously stated, we added a section on board diversity. Companies received points for having a formal policy around gender and racial diversity, policy implementation and diversity representation on the board. We believe that board diversity is socially responsible as well as good for business.

The SEC requires public company boards to have the following four committees: audit, compensation, governance and nominating. Like the prior year, six companies achieved a perfect score in this category. The number of committee meetings remained virtually unchanged, with an average of one fewer audit committee meetings and one more nominating and governance committee meeting. These committees play an important role in making sure management acts appropriately and in the best interest of shareholders. Much can be gleaned from the committee reports that are required in proxy statements.

Insider participation on subcommittees of the board is has virtually disappeared with only two of 26 companies having an insider sitting on a committee, compared with six out of 32 companies last year. This trend shows a commitment to maintaining objectivity and keeping shareholder interests at the center of decision making.

The category “transactions with related parties” examines where conflicts of interest may arise due to a company insider or board member conducting business with the company in some other way. If any related party transaction is present, the company received zero points for the category. Only eleven out of the 26 companies had a perfect score in this area. Although most of these “related transactions” were done at “market prices”, shareholders are a skeptical bunch. It appears that most companies are communicating these transactions to shareholders and that is a good thing.

Issues concerning the effectiveness of internal board operations, director evaluation and accessibility to shareholders were measured in the evaluation and communication area. Seven of the 26 companies received a perfect score in the overall category, equating to the same percentage as last year.  We reiterate that boards that measure their own performance strive and welcome two-way communication with shareholders will see an increase in their stock multiple and shareholder loyalty.

Average scores in the area of director and named executive officer compensation remained unchanged over last year. Evaluation of pay-for-performance models includes consideration for clear articulation of compensation philosophy and incentives, stock ownership guidelines, incorporation of a claw back policy, and absence of excise tax gross-ups and excessive perquisites. While we hoped to see upward trends in improvement in this area, we are optimistic that as shareholders continue to more publicly voice opinion on the matter of compensation and watchdog agencies continue to apply pressure in this area, scores will tick upward. In this year’s study, two companies of the 26 achieved perfect scores in pay-for-performance.

This survey was first published as the article ‘Roaring Ahead’ in the January 2014 issue of Casino Journal. Read the original article here.