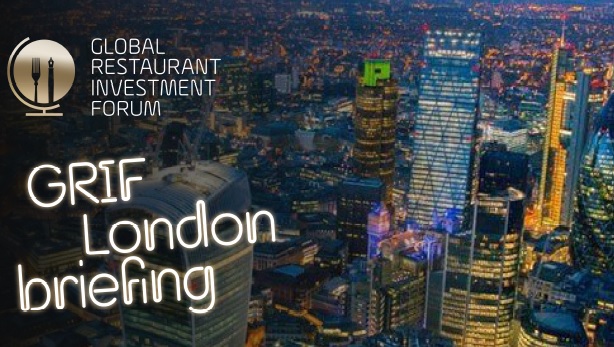 This week’s briefing jointly organised by Dentons, Horizons and the Global Restaurant Investment Forum/Bench Events proved to be as insightful as expected. It was a mix of market updates and intelligence, news on up-and-coming restaurant concepts as well as a talk on the do’s and dont’s when expanding internationally and an earnest discourse on Brexit.

Here are some of my personal highlights as it relates to the general market commentaries / industry sentiment:

As it relates to the “Brexit”-discussion, it seems most parties agreed that presently there is a conflict between politics and economics. Nicola Knight, like many other, highlighted the current concerns of operators: managing staffing, food costs and property. But what were some of the other snippets from the Brexit-discussion picked-up on during the event?

So, should curbs on unskilled labour be implemented by the government, all signs indicate that the hospitality industry will have to face a future shortage of talent as well as potentially higher operating costs. What are some of the measures suggested by delegates to alleviate the pain? Babette Marzheuser suggested to consider the “Domino’s Pizza”-model where employees are encouraged to become franchisees and thus become owners of the business – making the profession more rewarding from a financial point of view and thus hopefully also attracting more “local” talent into the industry. Ufi Ibrahim, Chief Executive of the British Hospitality Association, has equally been quite outspoken about the key priorities to help cope with the current situation: (1) provide clarity to the legal status of all EU foreign workers currently in the UK (after all, they are right now the backbone of the industry), (2) developing and running a campaign targeted at changing the poor perception of the hospitality sector and attracting more “local” talent into the industry (highlighting that there is in fact a career in hospitality) and (c) securing a ten-year “grace period” for the campaign to take affect and for the industry to train, develop and build a new “local” workforce.

With all being said, people remain very positive about the industry and its growth potential – but it seems that there is still a long way to go to figure out the Brexit “situation”. Good for all of us then that the top two spots of Horizons’ fastest growing small brands are occupied by Kaspa’s and the Red Kiosk Company – coffee shops which will provide us with the energy/fuel to continue pushing ahead with our plans to grow, improve and future-proof the industry and sector.