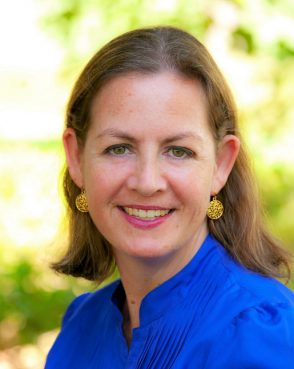 For the first time in history, five generations will soon be working side by side. Executives of the older generation are working longer while the “young guns” are quickly rising through the ranks and gaining a foothold in the professional world as a force to be reckoned with.

At face value, this is a complex, yet rewarding challenge for any leader in the hospitality industry. The level of experience and the, at times, distinct attitudes and character traits which are often attributed to an executive’s tenure within the industry, are often pointed out as the differentiating factors between the generations. Yet, it would be unfair to pigeonhole executives by these factors. In fact, AETHOS has often found that those differentiating character traits are innate and disassociated to the level of experience. Yet, the cross-generational divide does exist – it is driven, though, by different personal drivers and motivations, by different world views and by different communication styles and ways to manage relationships.

AETHOS sat down with Natasha Larkin, Vice President International Human Resources at Viceroy Hotels, to further discuss this topic. Natasha brings a wealth of experience in spearheading HR and talent management initiatives in numerous hospitality organisations, especially in emerging markets in which the cross-generational workforce has been leaving a mark for some time now.

Natasha, there are workshops and courses to help leaders manage a cross-generational workforce. What is your personal advice to leaders in the industry when it comes to better managing such diverse teams?

There is tremendous value in such diversified teams, and the industry should certainly try and leverage this to its advantage. The key to unlocking it lies in understanding the differing motivations of executives of the different generations. In fact, when it comes to inspiring, motivating and incentivising employees who come with their varying degrees of experience and tenure in the industry, it helps to think like an anthropologist. Considering where one’s employees are in their lives and what their needs are is a big part of leading with empathy. It is not necessarily about generations but more about the individual’s personal life ambitions and career goals. Yes, there are some typical generalizations being made about age-related “obligations,” such as needs that come with having children and/or mortgages, for example. Ultimately, though, different generations generally have different priorities. So, understanding the characteristics around those will help industry leaders figure out the best way to delegate work assignments and deadlines. In my experience, considering the personal needs of my employees has certainly greatly increased motivation and loyalty.

Natasha, we commented on the fact that different generations have their own worldviews, formed by their social-culture experience and expectations. At the same time, their environments have taught them certain ways of effectively communicating with one another. How can a leader be effective and embrace and manage those generational differences?

A dynamic leader will acknowledge generational diversity and learn how to communicate effectively with each of those different generations. This can eliminate major conflicts and confusion amongst the workforce. The generations often have their preferred methods of communication but, again, we all learn from one another. Some prefer one-on-one, telephone or written communication, whereas others tend to opt for emails and texts. Generation Z, for example, is generally said to prefer the collaborative interaction of social media. But it is also important to acknowledge that generations differ in the degree of formality they use when communicating. Some are more formal, whereas others will more likely use colloquialisms, abbreviations and even emojis!

Using ‘WhatsApp’, for example, has enabled me to strengthen and foster a better professional relationship with the international teams because we can instantly and more directly, and informally, interact and engage with one another. In general, though, sticking rigidly to one’s own favoured means and style of communication can certainly alienate others. So, although it might not feel natural for a leader, it is good to tailor his or her communication to suit the recipient whenever it is appropriate. For example, I still recall the first time someone picked up a phone during a meeting back in 2008. I was horrified and thought it was rude, but now, in an age of constant connectivity, it is almost an expectation that phones go everywhere and that they can be answered in almost any setting. And, where I used to use exclamation marks in the past, my emails now feature the (occasional!) emoji.

Natasha, it seems adapting to the “cross-generational divide” is key. What is your recipe for success?

Colleagues learn more from one another every single day, and typically, they take away much more from those experiences than from what they might learn through formal training programs, for example. In my view, it is therefore essential to disseminate the collective knowledge of an organisation’s executives and staff members — let’s call it the “institutional knowledge” – to gain a competitive advantage and to strengthen the ties between a company’s different layers of hierarchies and functions. In my experience, reverse mentoring programs work extremely well for this. In essence, it refers to the practice of pairing younger workers with seasoned executives to solve specific business cases/objectives.

For example, in a previous role, an intern assisted my leadership team during a particular busy time period. The intern was someone who had very little experience or “system knowledge” to speak of. However, this individual proved to be extremely valuable in teaching “the old guard” at the corporate executive level a thing or two about social media, technology and employer branding. In fact, I myself spent quite a fair bit of time with Liane, our intern, and was thereby able to significantly improve the way the company spoke and engaged with staff and executives it was looking to hire. She taught me “the lingo” and terminology that might give a better picture of what it was like to work for our organisation and the social media channels on which we might better attract the attention of the type of employees we were after. In fact, we developed a whole program together – but the process was an interdependent one. We needed one another.

In conclusion, I would argue that – should such recipe for success exist – I would put it down to proactively fostering a culture of inclusion, to building bridges between the different generations and to appreciating each and everyone’s contributions and viewpoints. Think of what Accor, for example, is doing with its shadow executive committee, which consists of 13 men and women from different disciplines all under the age of 35. With their ability to question the board and its strategies, tremendous value is being added to the organisation. By inviting all generations to the same table, leaders are empowering their employees and inviting them to form part of the conversation, rather than being bystanders. Being part of the decision-making process hereby allows for “joint successes” – and this creates powerful bonds.